therThe Grand Duchess Anastasia Nikolaevna Romanov of Russia was born at the Peterhof Palace in Peterhof – a town located about 25 km from St Petersberg, Russia. Her parents were Nicholas of Russia and Tsarina Alexandra Fyodorovna (Alix of Hesse) – the sixth child of the seven children of Louis IV the Grand Duke of Rhine-Hesse and his first wife Princess Alice of the United Kingdom,the second daughter of Queen Victoria and Prince Albert.

Anastasia was very down to earth and compared to most royalty, lived a very common life. She and her siblings slept on hard cots with no pillow, took cold baths, clean their own rooms, and did needlework for charity. She was the jester and often tripped her servants, pranked her tutors, climbed trees and would refuse to come down. It is said she never cried, and had a great sense of humour.

The Romanov girls came up with a code name OTMA (Olga, Tatiana, Maria, Anastasia), and would play games around the house. On their travels, Anastasia and her family would ice skate on the icy decks of boats.

Alexi, Anastasia’s brother, suffered from a condition called haemophilia – a disorder of the blood which is generally inherited, in his case, it was from his mother, grandmother and great-grandmother (Queen Victoria), and it is generally more commonly found in males. People with haemophilia tend to bleed and bruise much easier as the blood doesn’t have a clotting factor. The clotting factor is a protein that controls the blood. He lived a very sheltered life and often wasn’t allowed to do many of the things that the girls would do. 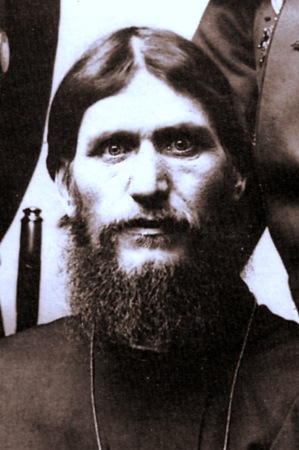 Their mother Alexandra became friends with Grigori Rasputin, and he advised her about many things. She confided in him about her and Alexi’s condition, and he said that he could cure Alexi, although he couldn’t.

He was nicknamed the ‘mad monk’ by many people throughout Russia. He was said to have done devil worship and many people attempted to kill him. He betrayed the royal which ended with them all being executed, and he was poisoned with cyanide.

During WWI the girl would often visit the wounded soldier and spend much time with them. Accounts from their journals suggest that some fo the girls fancied some of the soldiers. They would play checkers and billiards with the soldiers and entertain them with song and poetry.

In August 1917 the royal family was moved to an old house in Yekaterinburg,that had previously belonged to an old governor. They would roam the house and watch the people in the street below. In March 1918 they were moved to a more secluded house, and the windows were white-washed so that they were deprived of even the slightest pleasure.

All of the guards that were thought to have been loyal to the family were removed, and replaced with ones who didn’t particularly like them. On the 17th of July 1918, the Romanov family was taken into the basement of their residence.

There was a guard positioned for each person – The five children, two parents and two servants. They were shot at until the were all dead. Many sources say that the girls didn’t die straight away because they had diamonds and pearls and other precious gems on their bodices, which acted as a sort of body armour.

After that, they were loaded onto a cart and driven out to a forest. Some of the girls were thought to be moving and moaning in pain, so they poured acid on the bodies and as daylight was approached, they shoved the bodies down a deserted mine shaft, and they explosives in after them.

Then next day the bodies were removed and buried in the forest and weren’t found for around 75 years.

For many years Anastasia and/or Alexi were thought to have survived and their grandmother Dowager Empress Dagma “Maria” Feodorovna held “auditions to find Anastasia. She thought she had found her when a young woman named Anna Anderson turned up. Her true identity was unknown until after her death when DNA tests were run and showed nothing in common with the Dowager.

Anna had had a history of mental disorders and refused to be identified when she was checked into a mental asylum where she stayed for 2 years after attempting to end her own life. With this information, we can conclude that she probably had a mental disorder and probably believed that she was actually Anastasia Romanov.

In 1991 7/9 bodies were found, but Alexi and (presumably) Anastasia were found in 2007 and DNA tests confirm that they are related.

© HistoryTeen and HistoryTeen.wordpress.com, 2016. Unauthorized use and/or duplication of this material without express and written permission from this site’s author and/or owner is strictly prohibited. Excerpts and links may be used, provided that full and clear credit is given to HistoryTeen with appropriate and specific direction to the original content.

This work is licensed under a Creative Commons Attribution-ShareAlike 4.0 International License.